Las Vegas... A Metaphor for Life

When I was younger I loved going to Vegas.  It was the ultimate party, an unlimited supply of indulgences, laughs, and experiences.  I had some amazing times with some really amazing people.

The last few times I have gone, I have not had as much fun, I have found myself feeling, "stuck," and out of place in Vegas.  I could not figure it out, why was I no longer enjoying an experience which I once loved?

This trip I had the revelation I had been looking for.  I realized that I had transitioned to a new phase in my "Vegas" life, one that no longer was fulfilled the same way it was when I was in my early 20's.

Having this insight was so freeing, so liberating, because it gave me the opportunity to find new fun and new joy in Vegas in ways I did not once think possible.

There are still some familiarities from past Vegas trips.  I still enjoy gambling, but I find myself playing poker, which I love, the occasional penny slot, and the most recent addition BINGO! hahaha

In addition I still love going to a buffet, and still love marveling at the immense bathrooms that are found in Las Vegas hotel rooms (why does one need such a large bathroom?).

One thing that I am most happy that has remained constant with my Vegas experience is that it is still about sharing experiences and making memories with special people.  Having the opportunity to share Vegas fun with good friends is really what makes me look forward to the next time I can go back.

As in life, we move through different stages, things that were once so important to us no longer are, things that we never thought we would enjoy (BINGO) now become one of the highlights of the day. What is important is that we take a moment to take notice that things are changing and rather than fear, or turn away from the change, we embrace and look for the opportunity to find new love, new joy, new passion, new excitement, and new fulfillment in the change.

We cannot go back, we can only try to hold onto what has passed (and thus miss out on the present,) or we can charge forward into the future with open arms and excitement for what is in store for us.

For the first time in a long time, if not ever, when I left Las Vegas, I left looking forward to and excited for the next visit.  Stay tuned... 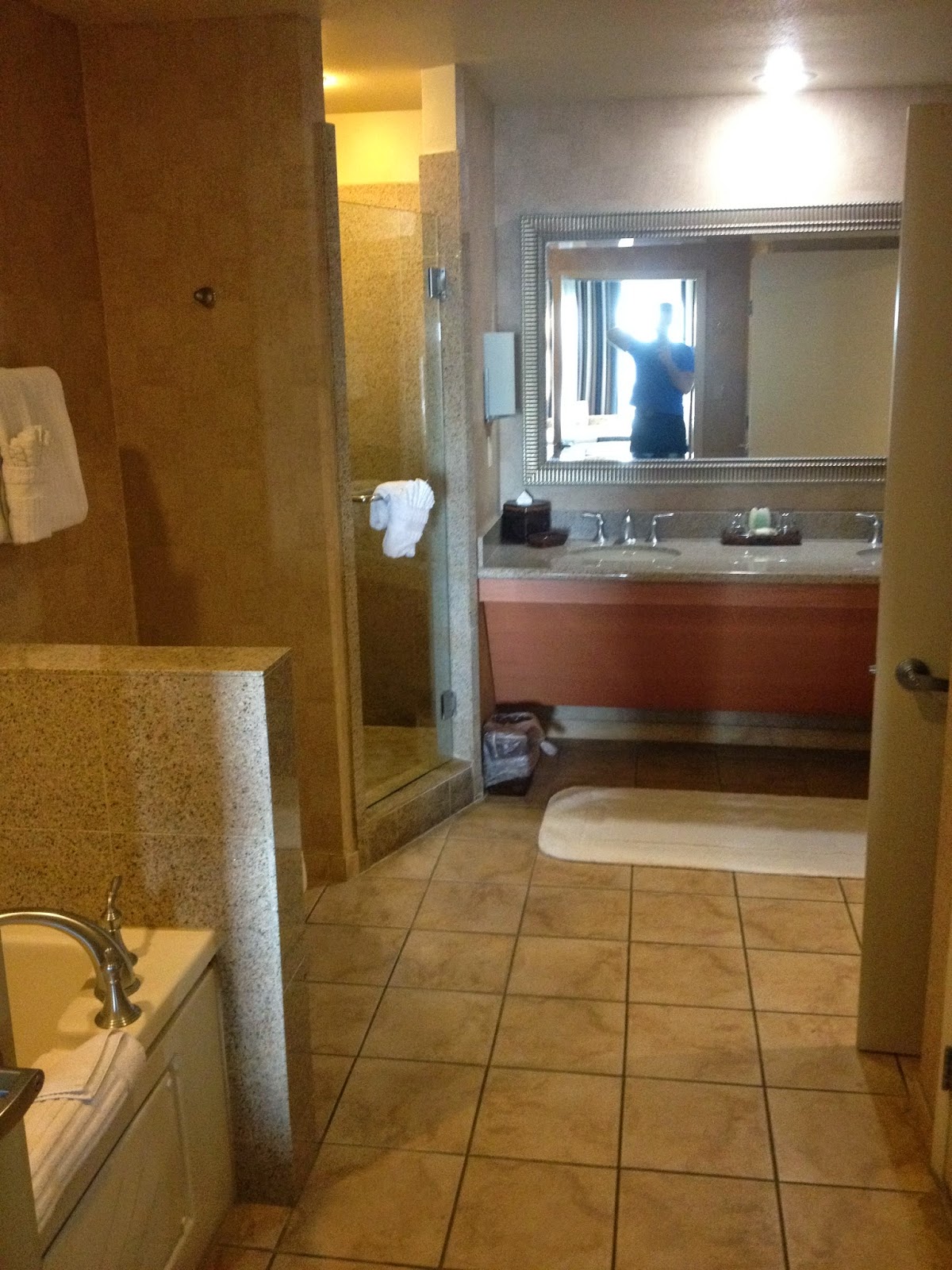 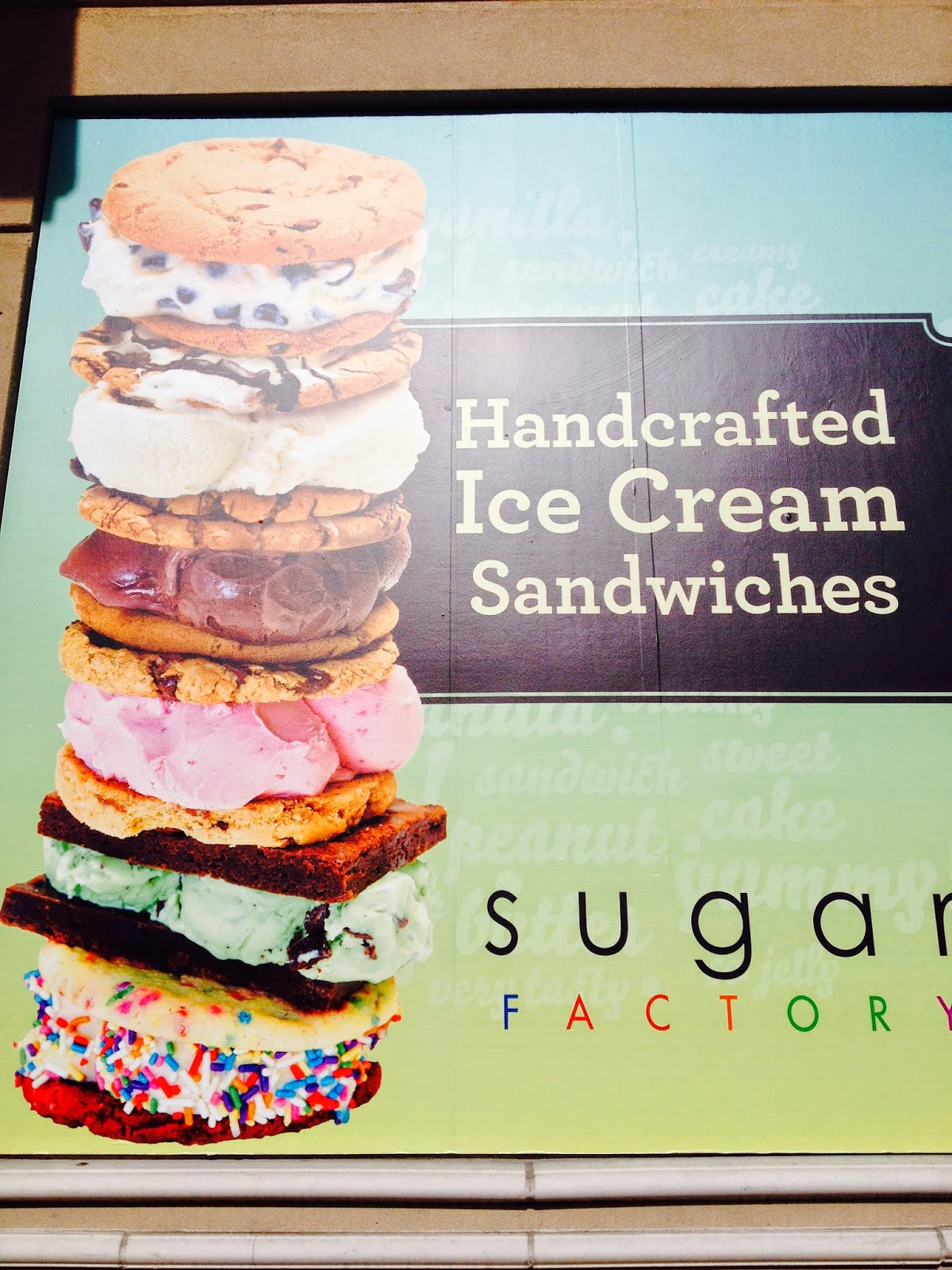 Will be included on the next trip! :) 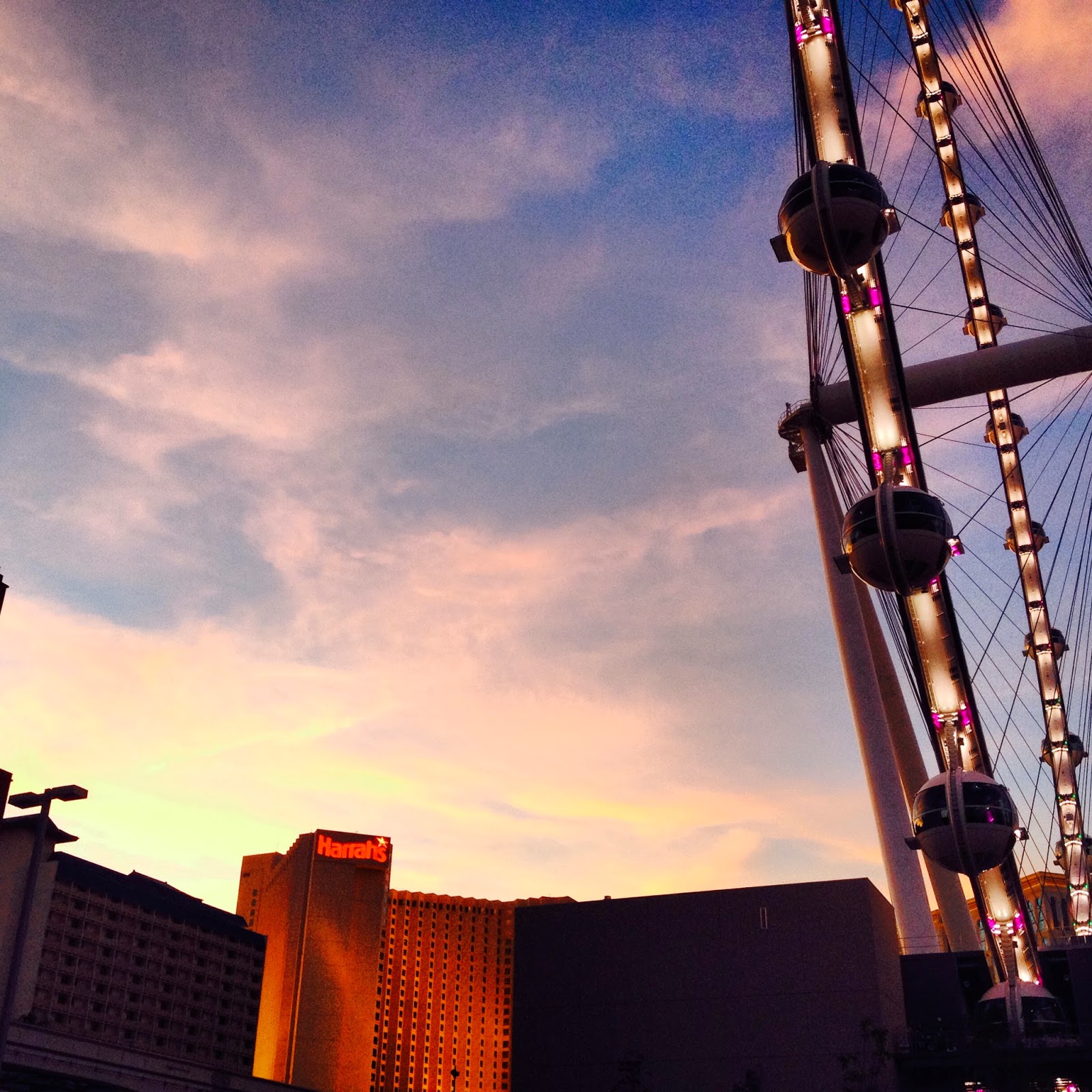 Will definitely be riding this on the next trip. :) 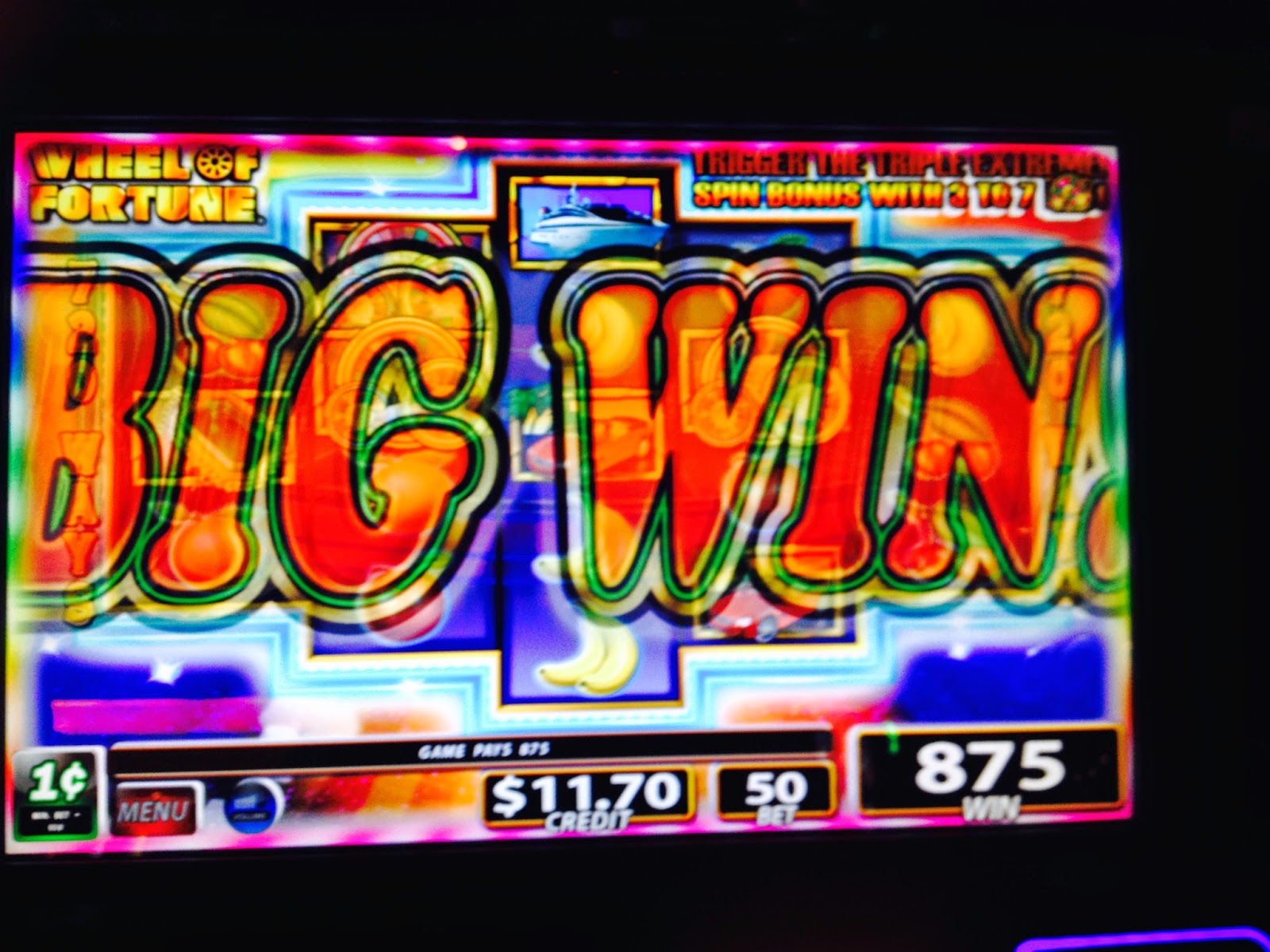 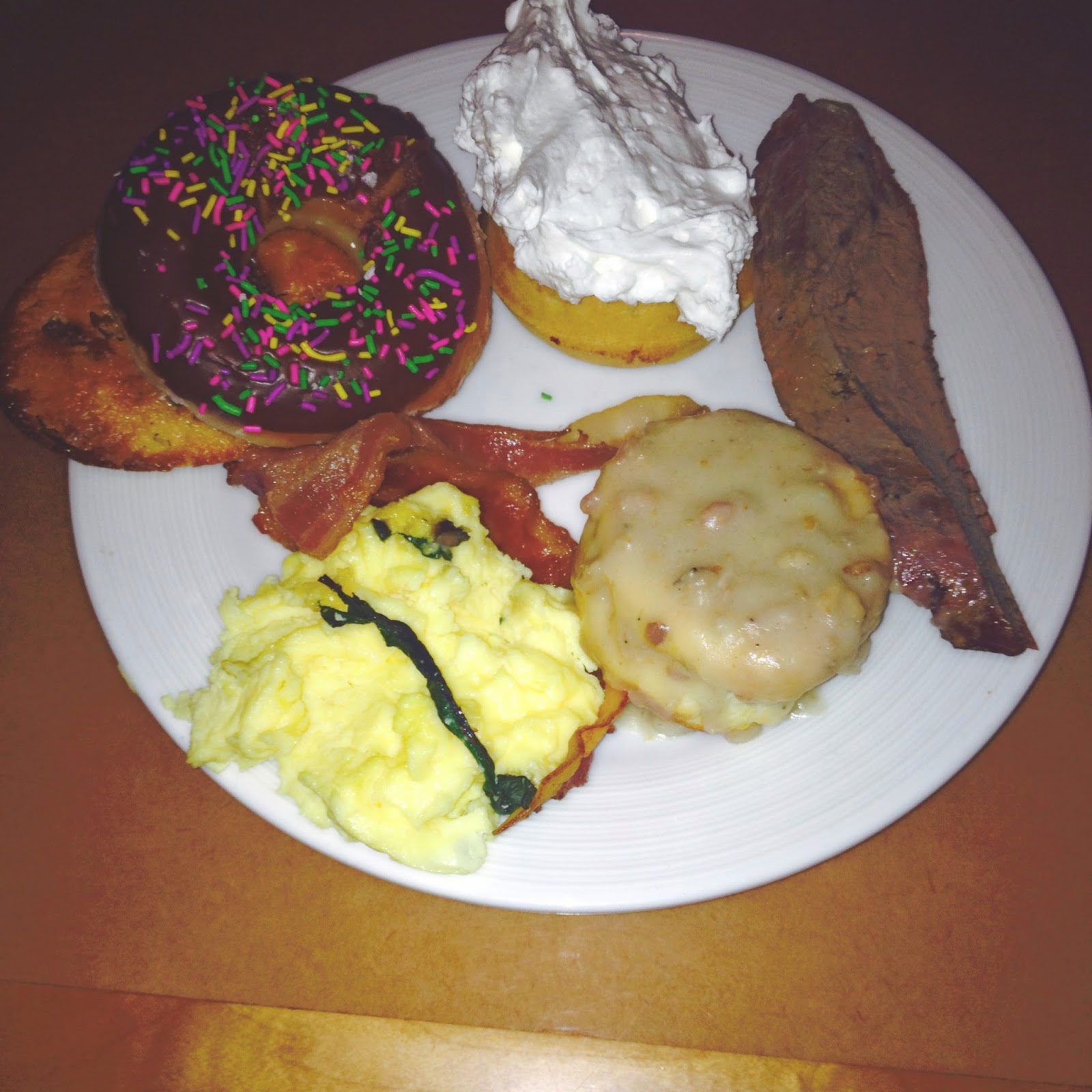 Doughnuts, steak, bacon, and biscuits and gravy for breakfast!  Only in Vegas. 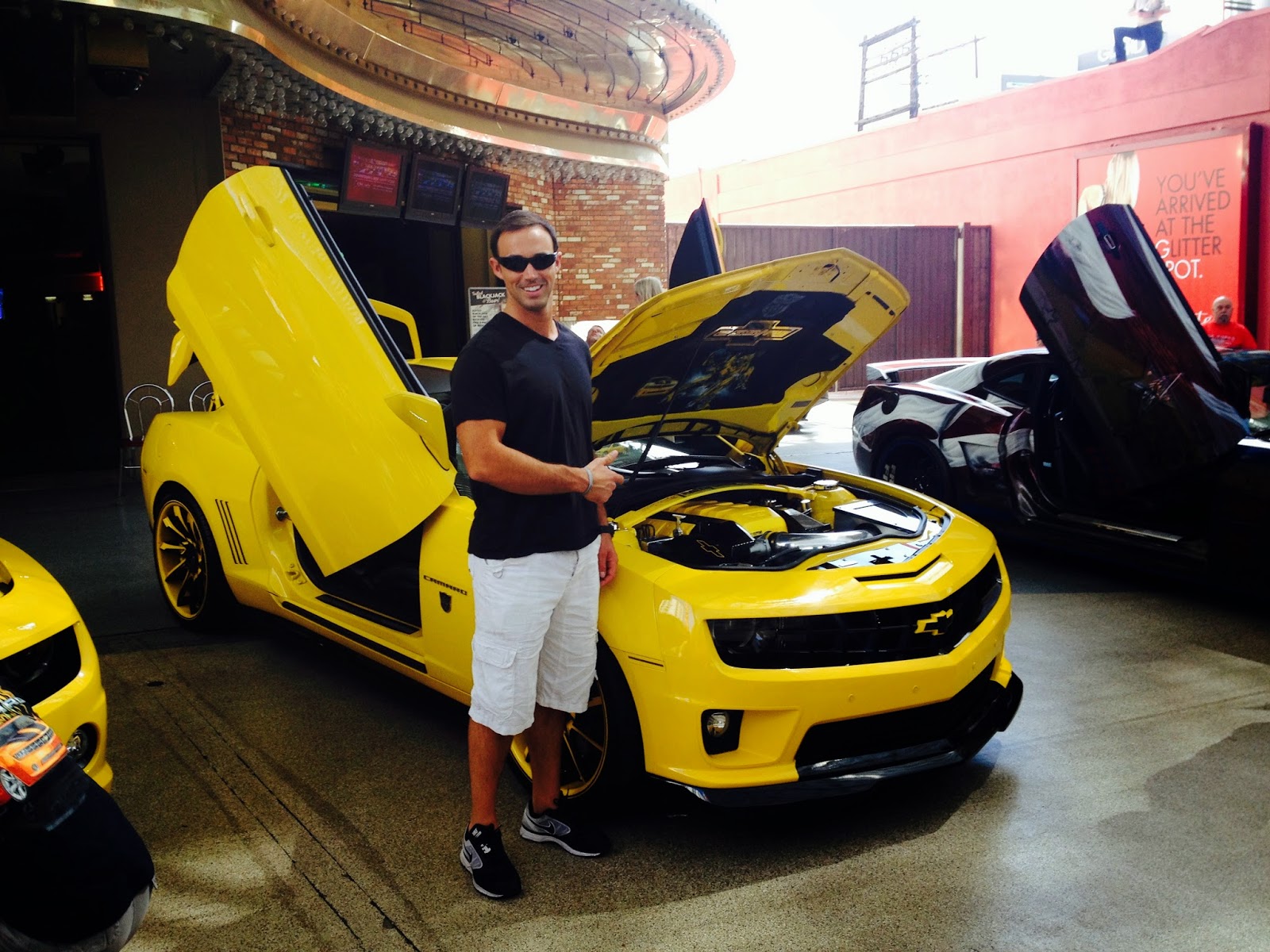 BUMBLEBEE... In case you were wondering yes I love Transformers! 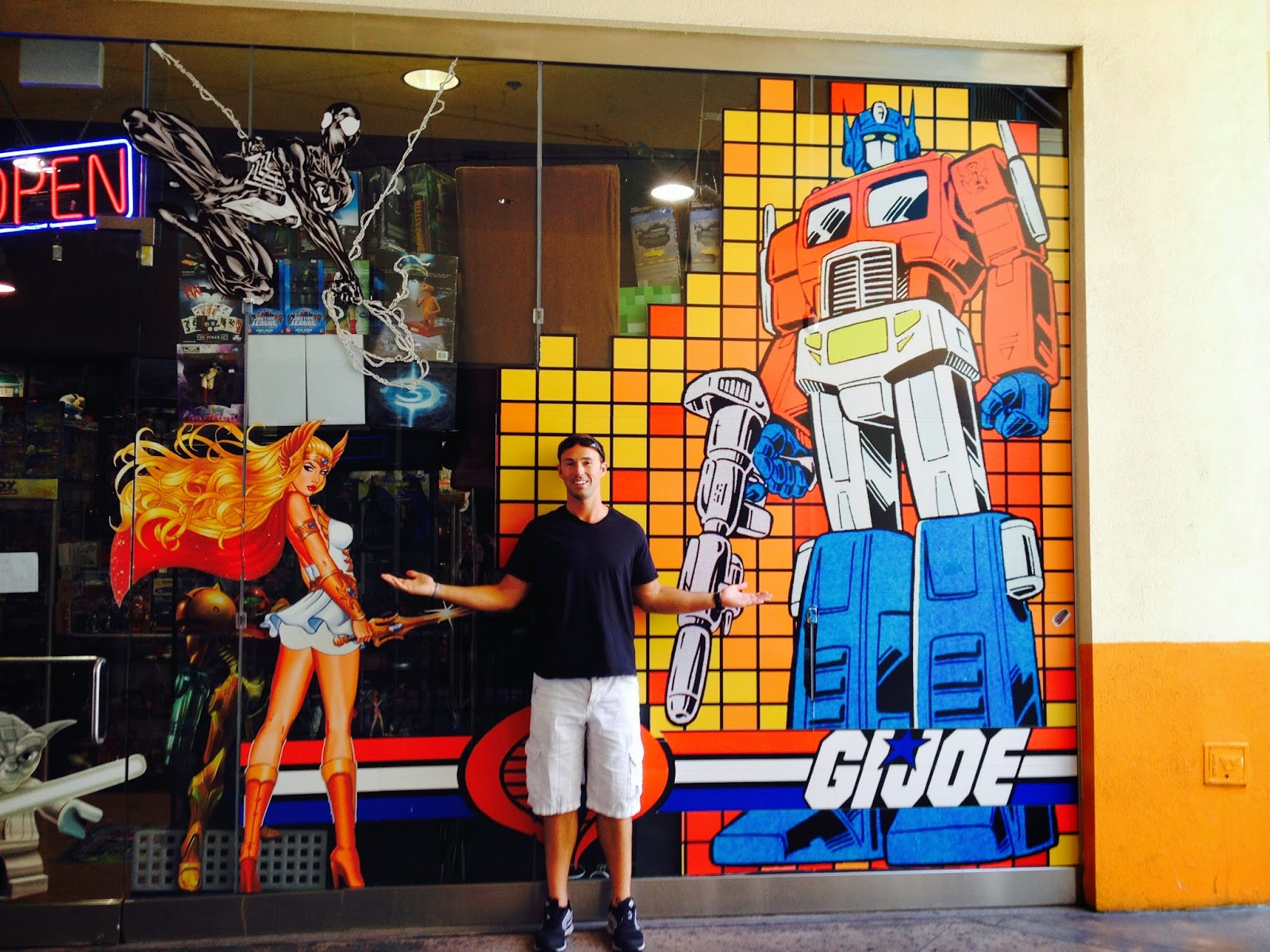 Two of my childhood heroes: She-Ra and Optimus Prime.  An honor to be photographed with them :) 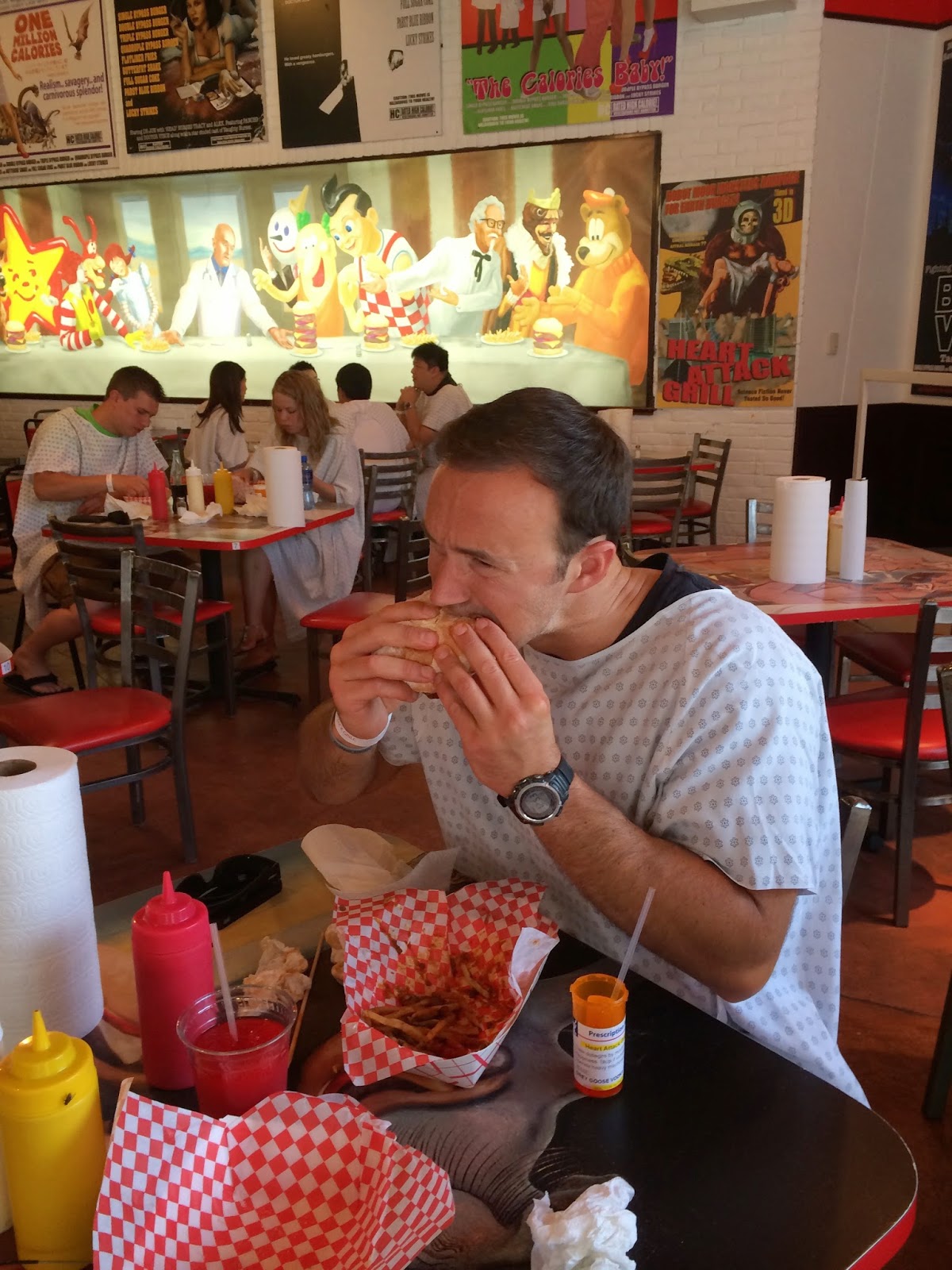 Taking down my burger at the Heart Attack Grill... easily one of the coolest dining experiences ever. 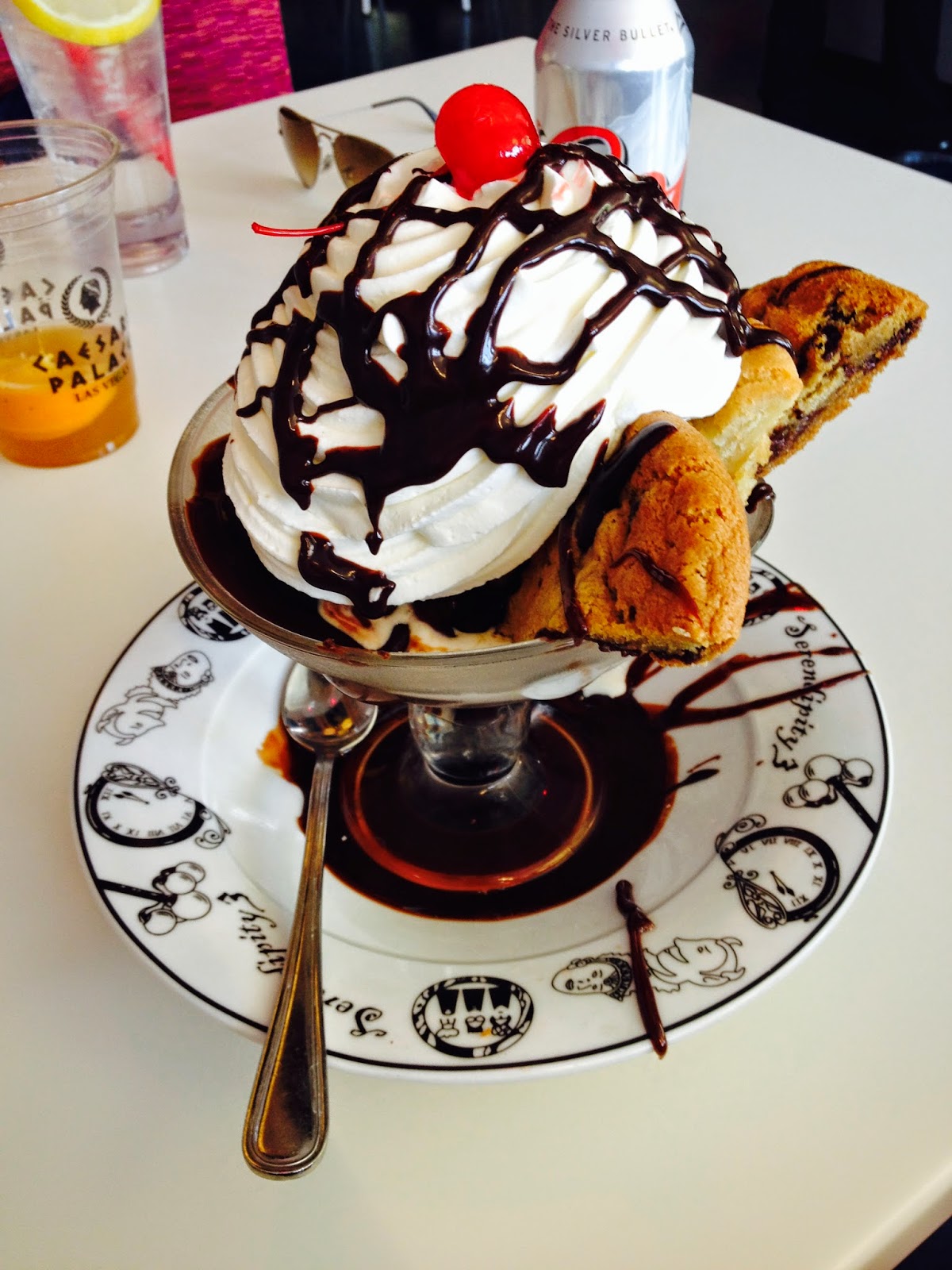 Cookie Sundae from Serendipity... We will meet again you delicious little treat you! 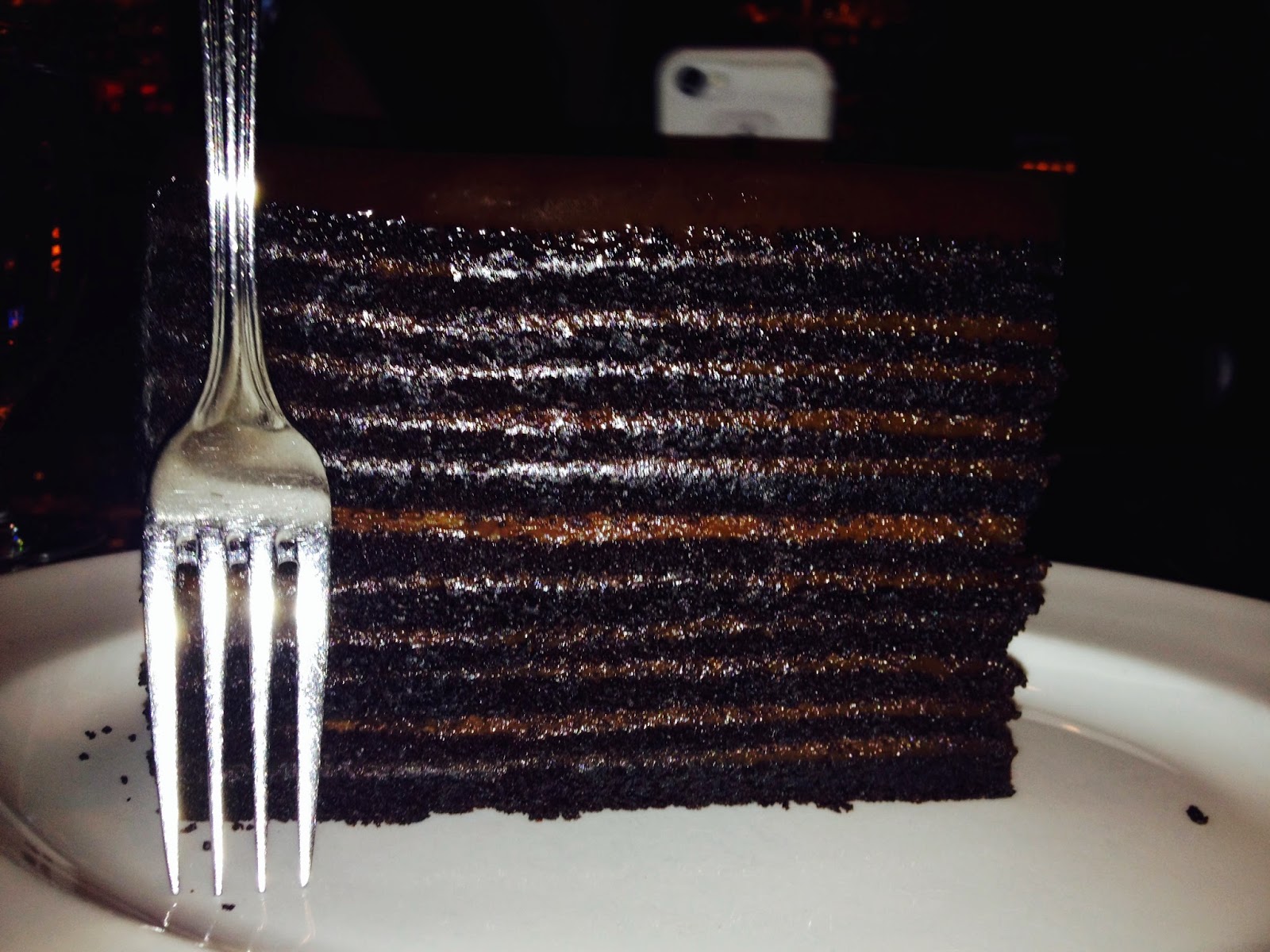 24 Layer chocolate cake from a restaurant inside of Planet Hollywood 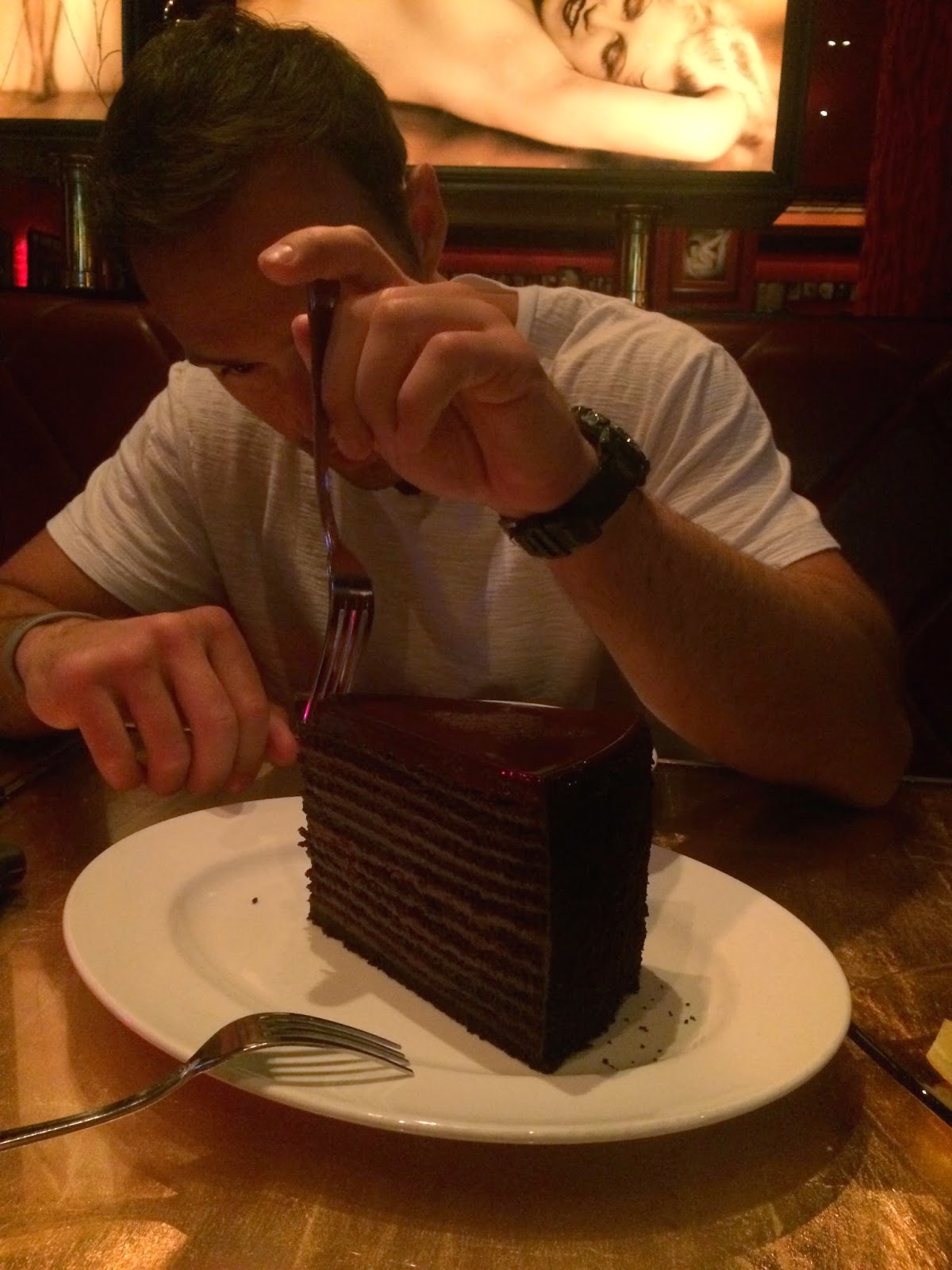 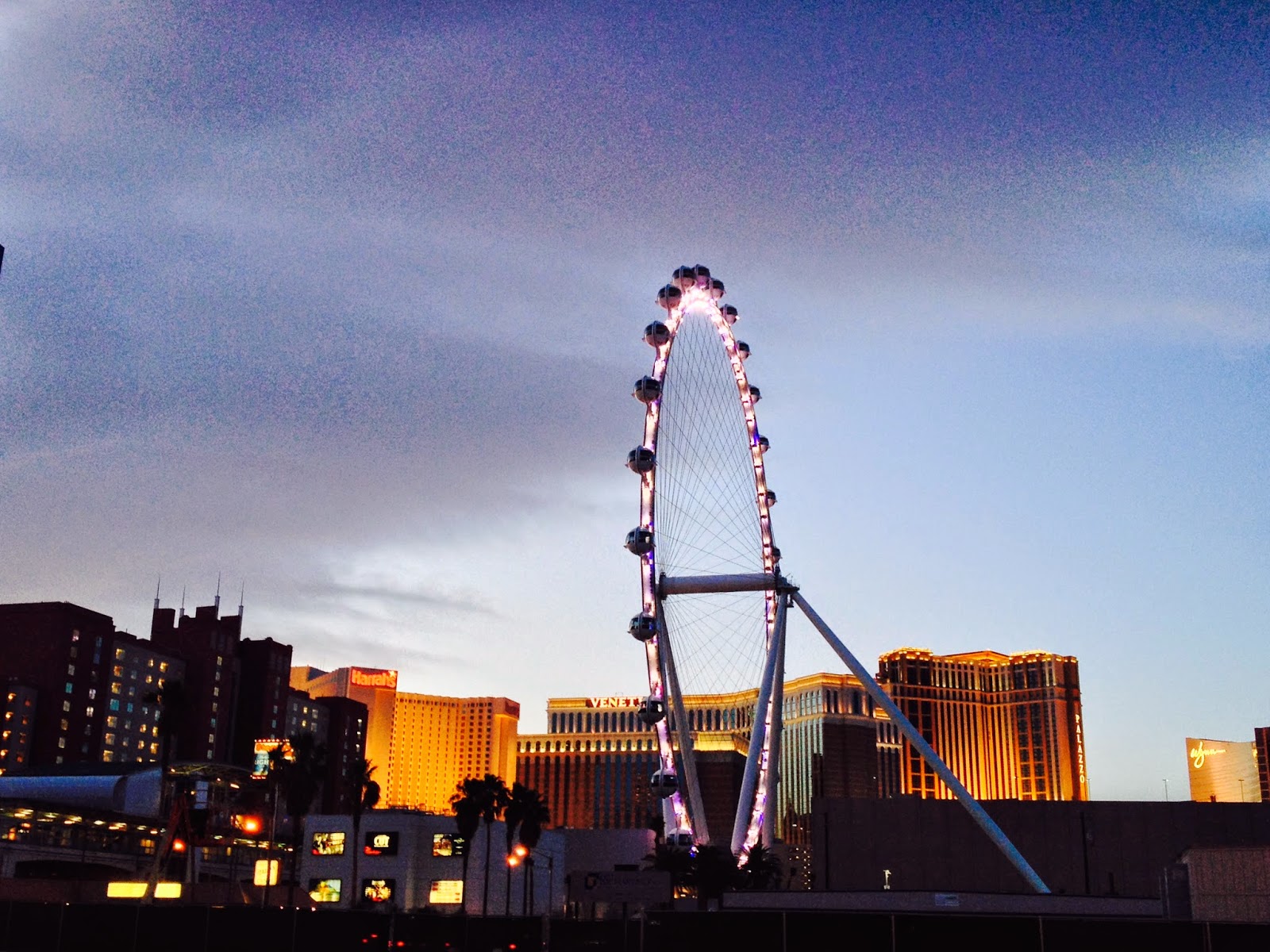 Getting ready for sunset

This blog comes with a disclaimer... Before you read any further, I want to remind you all that I am human, and as a human I experience similar emotions, have similar dreams, deal with similar frustrations, get upset, have highs and lows just like all of you.

As many of you know, five months ago my best friend was killed in a car accident.  Since he was a well known public figure, news of his death, and how he lived his life, swept across the world.

Millions of people have shared stories of what he meant to them, offered love and support to those his loss affected the deepest, and have shown amazing generosity in keeping his legacy alive by supporting his charity Reach Out World Wide. To those of you who have done this and continue to do so, no amount of thanks will ever be able to fully express the gratitude I feel towards you.  Thank You.

There is also a much smaller group of people that has used Paul's tragic passing as a "doorway," to try and claim a piece of him and acquire personal information about him.

The grieving process is hard no matter who you have lost. A different element of "hardness" is added to the grieving process when the person is a celebrity and the world wants to constantly talk about it. I do not fault people for some of the actions they have taken.  Sadly we live in a world where we are taught that what is going on in a famous persons life is more important than what is being done to bring about world peace and end famine. We also live in a  world that is driven by ratings and on that note I will simply say this: I hope you all live your lives and never have to experience seeing someone you love being exploited on TV for a ratings boost.

Last night I was at a BBQ and a guy there, who I had just met, tried to contribute to the group conversation by making an inappropriate "Paul Walker" comparison.  He was very soft spoken so the group did not hear and he only attempted it twice.  I know he didn't know mine and Paul's relationship and I also know he was only trying to gain social approval from the group by contributing something that he felt was significant.  Knowing this, I  silently told myself if he said it a 3rd time I would politely say something, if he said it a 4th time I would not so politely do something.

Last week I was grabbing dinner with a friend.  While we were sitting at the bar a group of guys standing behind us started talking about Paul making jokes about how he is releasing movies now the same way Tupac released music after he died.  My friend saw me fuming and  sent me to the bathroom, he then talked with the guys.  He is a good friend.

Two weeks ago I was sitting with a group of people I had just met, a preview for one of Paul's movies came on, and the topic quickly shifted to Paul and how he died, I started crying.

Several weeks ago I ran into a guy who knew Paul and I, he immediately started asking me about what the family was doing with his estate.  I politely told him that if he wanted to know about that go read the tabloids.

And so on... You all get the idea.  Keep in mind the above are a sample of recent events in the last month.  You can imagine what it was like December - March.  I am not going to lie, it can be really hard to put my own emotions aside and remind myself of where the above people may be coming from and why they choose to talk about my friend.  There are times where I feel like I am going to snap and rip someones head off (yes, even positive happy, motivational guys like myself can and do get angry), I mean this is my friend they are using as dinner table conversation.  How would they feel if it had been their friend and now they were subjected to people using their friend as idle chit chat?

I receive on average a minimum of three emails a week from people claiming to have known Paul, wanting to know Paul, or wanting to know more about him.  Some of the things I have been asked to disclose are completely disrespectful to myself and to Paul.  Some of the things I have been told have been deeply hurtful.  I humbly ask those of you who have done this, those who continue to do this, and those who are thinking about doing this, to please stop. The only personal information I am going to share has been shared.  Your messages hurt my heart and serve as a constant reminder that a person who is very special to me is no longer a physical presence in my life, nor will he ever be again.

If you are going to insist on continuing to contact me, please label your emails appropriately i.e. "This is an inappropriate hurtful message," so that I can delete it without having to view it; vs masking many of the emails as someone who is coming to me for help and trying to improve their life.

Imagine if the roll was reversed and your brother, or your son, or your best friend had been killed, and it was me emailing you, asking you to divulge personal information about him, or pretending I had known him.  It would probably hurt, wouldn't it?

I also ask all of you who may be a member of the 1000 Challenge community, that if you see one of these posts, to please report it to Facebook as being spam.

Just because I am this positive motivational guy does not mean I am impervious to pain.  I feel pain and I feel it very deeply, I am human after all.

To the millions of you that have been more than amazing and supportive, I thank you.  To the thousands of you who make up our awesome 1000 Challenge Community and are taking the time to read and share this blog, I thank you.  And to the small few of you who have participated in what has been the main focus of this blog, I want you to know that I forgive you for what has transpired in the past, and I thank you for being respectful and honoring my request to no longer send inappropriate emails, make inappropriate comments, and solicit on the 1000 Challenge page.